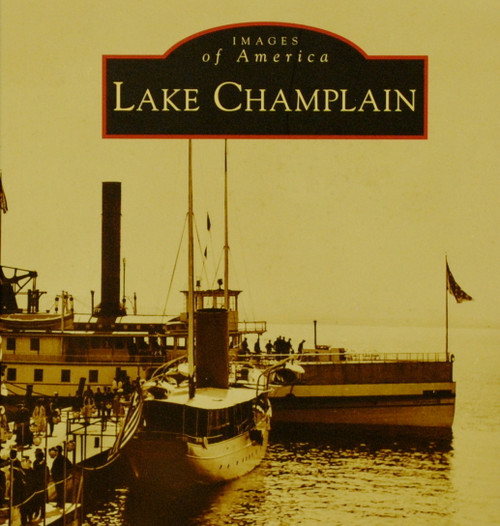 Lake Champlain is the largest mountain lake in America and the 6th largest lake, overall.

It was formed in the last Ice Age...during climate change of the first order! Our islands lay beneath 600 feet of solid frozen slop, waiting millenniums to see the sun shine.

When prospects improved, the lake quickly rose to the call of history, beginning with centuries of war patrol between two mighty Indian nations...the Iroquois and Abenakis. Not yet settled for civilian life and commerce, the lake became a fighting stage as the French, Indians, English and Americans settled their bloody grievances.

But by the early 19th century, Lake Champlain began to welcome regular folks and to send its bounty to market. Timber, stone, apples, wool, hay and bricks were shipped to all points of the compass.

Our book, Lake Champlain from the series Images of America by Arcadia Publishing, captures a century of this economic boom.