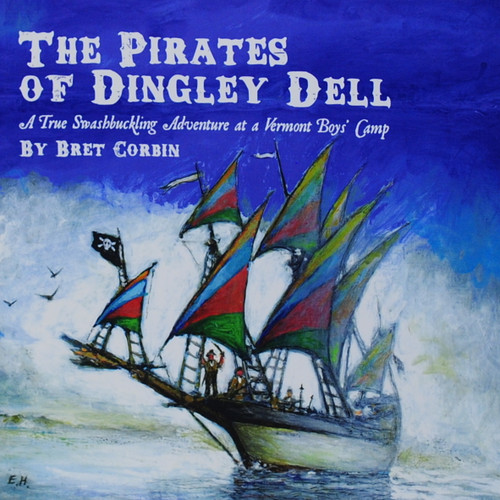 A true swashbuckling adventure at a Vermont Boys Camp.

Here is the recently published and nearly forgotten story of a boy's camp on Lake Champlain's South Hero Island. During 11 summers in the 1920's and 30's, an inspired leader and engineer named Francis Baker led "intrepid teenagers on an odyyssey of life-changing adventure" on their own 5-masted Pirate Ship, the Aladdin. Baker believed that a little determination and ingenuity turned boys into men. We agree! He taught them to be shipwrights, to meet "raging water", to be self-sustainable and to carry all of that into manhood.

You will want to read this true tale, and to share it with your sons and daughters. On our lake, we are surrounded by current and former summer camps. We've lost count of the number of visitors who are returning to see the grounds where they learned to swim, sail and ride...a few maybe even learned to stay up late and smoke!

At Camp Abnaki, the century-old YMCA summer camp on North Hero Island, the boys boarded 20-man "war canoes" in the 1940's to paddle 100 miles South to Ft. Ticonderoga, just as the Indians had done two centuries before them. And no...they didn't need waterproof pouches for their iPhones!

The Water In Between

The Traitor and the Spy

The Lamoille Stories -Vermont Tales of a Forgotten Time -Schubart

The Old Ball and Chain

The Little Book That Beats the Market